Rough calculations: Should Virgin have stuck with SpaceShipOne? 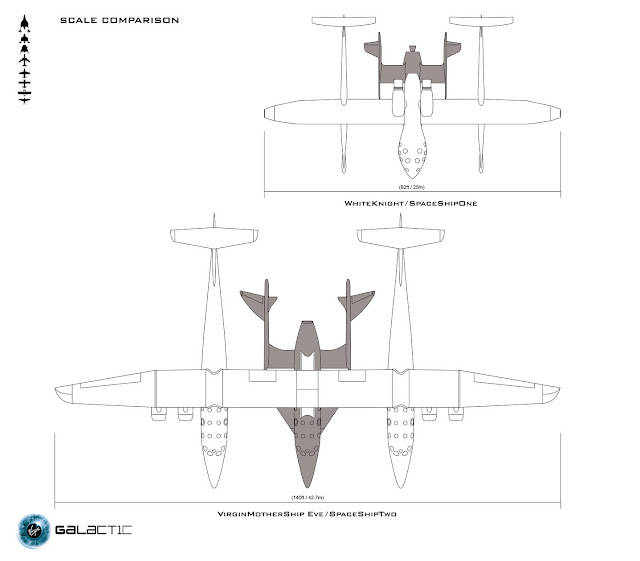 I found the design of SpaceShipOne wonderfully clever, far more so than its name. And when it successfully won the X-Prize, and Virgin Galactic and the Spaceship Company were formed and announced they'd expand it into a bigger vehicle (SpaceShipTwo) for commercial use, I took it for granted that the bigger SpaceShipTwo would be a worthwhile investment for them. And it may still be eventually, despite over a decade of delays, including the terrible, fatal crash of its first vehicle, VSS Enterprise.

But I got thinking. What if they'd not rushed to develop a whole new vehicle? What if they'd just frozen the design of SpaceShipOne at the end of 2004, and built a handful of them to launch paying customers?

I'm sure someone at Scaled Composites, Virgin, or the Spaceship Company has already considered this in much more detail than I'm able to, and hindsight is pretty 20/20ish, but I'm curious. So, here are some rough, rough, back-of-envelope estimates, not correcting for inflation. I'm aiming to keep as many variables the same, just to compare apples and apples, though that may not be perfectly realistic. If anyone knows better, then say.

At best, this seems to leave a shortfall of over $256 million from the first paid-up passengers. At the older ticket price, it would take around 2 000 passengers for SpaceShipTwo to cover the published $400 million development cost, or 1 600 passengers at the newer ticket price.

How long would this take?

Passengers per flight: 6 (as designed)
Flight rate: 1 per month (a wild guess, just for a simple number)
Operations starting: 2020 (roughly what Virgin have suggested)

That seems crazy, even at the higher ticket price, and so I'm sure I must have something wrong. The alternative is that the people building this thing are crazy.

Scenario 2: Sticking with SpaceShipOne (a what-if)

Development costs: $25 million, for the single test vehicle. Let's assume they still retired that to a museum, and built three new ones, each for exactly the same amount (so, $75 million for the new ones). In reality, there'd be much less development cost after the first, but probably other costs related to crew training, infrastructure development, and ongoing maintenance. Something unexpected might have come up, but by definition, I can't know about that.

Point is, add the sunk cost of the original, plus the three new ones, and call it $100 million total.

That seems to give a $15 million profit, and suggests SpaceShipOne would start turning a profit after its 500th passenger.

How long would this take?

So, minimum number of flights needed to break even: 250
Time to make those flights: 20 years, 10 months
First year of fully profitable operations: 2029ish

I'm also not sure if that's right. Do most things take 20 years to become profitable? Perhaps flying once a week would be financially preferable, dropping that time to only 5 years or so. Building more vehicles (of either design) would help with that, but also raises costs. Pushing a smaller number of vehicles to launch more often would be cheaper, but raises the risks of disastrous maintenance failures.

The expanded seating of SpaceShipTwo speeds up its catch-up to SpaceShipOne's lost potential a bit, but I think no matter how I slice it, they've already used up that advantage. If SpaceShipOne had been rushed into service faster that my guess of 4 years after 2004, and if it had managed to fly at a faster rate than once a month, it might already have paid itself off. Meanwhile, in the real world, SpaceShipTwo hasn't even yet earned that "space" part of its name, and is definitely still years from making any money.

So, I'm not at all certain, but I do get the impression that it might have been smarter to start mass-producing the design they already knew worked well enough.
at 20:01 No comments: